I use Gimp because I don’t want to invest in Photoshop.

I don’t want to invest in Photoshop because I don’t really use these soft/freewares very often now.

Now, what would I do if I had enough money to buy Photoshop and other stuff that I wouldn’t use very often but just sometimes? I would buy them anyway.

My experience with Gimp is that I can almost do whatever I want with it, as with Photoshop, 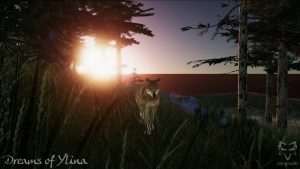 Dreams of Ylina: Wolf and no raven

with this consideration: with Photoshop it would take me 30 seconds, with Gimp 2 hours (I’m exaggerating). That’s not necessarily because I master more photoshop than Gimp. Of course, knowing Gimp better would speed up a few things, but most of the time, my reason for not being as fast with gimp as with photoshop is that the functionalities I want to use require some workaround, or extra-steps.

And that’s the main concern I have with several freewares and softwares, and often open-source stuff: usability.

Why is it ofren bothering me? Well first, because, as we used to say in computer programming: UI is 10% of the app, but 90% of the time you spend to working to make the app. So, when people are working for free to program a freeware, they focus on functionalities. Only after, on interface, and that’s just normal.

Second: designing ui is a job. I assume most people working on these freeware are developers. And as a developer myself, it is not natural for me to have knowledge of UI design and usability.

I’m not even talking about the inspiration, in creative fields, that a good design of the tools you use (hardware or software) can give you, which is one of the reasons Apple products are used a lot in artistic fields (I’d say because of usability too, and as far as I’m concern, their main quality is that they’re unix-based AND with good usability).

I knew some designers who were true supporters of gimp, for example, but after a few years they turned to Photoshop. Of course I suppose you can find people who moved to freewares, but it seems to be rare when it comes to professional use, again, depending on the functionalities you use.

What about other fields?

Concerning DAW (Digital Audio Workstation, to make music), it’s even worse, mostly because the gap of functionalities between freewares and not-free-wares seems bigger to me. I’ve tried some of these freewares, but, when you’re already spending hours to compose a symponic piece (whether good or not), you don’t want to do a 15 steps trick to achieve a functionality that you could do in a paid software with just a keyboard shortcut. And sometimes you simply can’t do some advanced actions.

Of course, it also depends on the money. Because « free », whether working or not, is always cheaper than not free (except if you consider the added amount of time you spend to make it work). 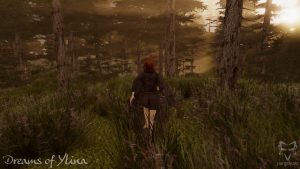 served me well for years, and then when I had to do more « classical » stuff, I used MuseScore. But now I use Finale, for the same reason as I mentioned earlier. I already spend hours to make the score, I don’t want to spend hours more to make the stems fit the pages, for example.

Now, on the Internet there are often people who think everything should be open-source, because, you know, the Internet is universal, things should be free, and when a community helps building the app, it’s like people working hand in hand, and imagine all the people living life in peace, blah, blah, blah.

I like stuff that are open-source, or free. I like them because, when it’s the dev’s choice, it’s a respectable choice. I also like it, of course, because it’s free.

But: I don’t really care whether it’s made by a single person, a company (depending on which company though), or by some random people collaborating on git. When I use an app, I want it to work, that is, to help me achieve what I want to achieve, as fast as possible so that I can focus on other things, such as creating, working on something else, having a family, etc. I struggle to make a living, I need things to work. An app can have bugs whether open-source or not. But when you paid for it, you have a little bit more the right to complain when it’s not working. And often the bugs are less numerous compared to the amount of functionalities and time gained.

And I’ll relate that to music, and art. Many, many people especially since the Internet can be used to download free stuff legally or not, think that music and art should be free for all.

I said once to some friends that we should abolish money on Earth. And in this case, if everything was free, ok then, music should be free too. But as long as you have to « buy » things like, food, home, water, clothes, etc. Then music and other art pieces should not be free. You can make yours free, that’s your choice (depending on who owns the different rights) and that’s fine, but it’s not a right for people to benefit from your work for free.

If you want my music for free (I don’t you don’t want my music, but let’s say you do), I want you to work for free too whatever job you have.

Because if you’re not paid as a musician or artist, you have more or less only these options:

In each case (except the last ones maybe), you’re missing some things, that will impact on your music in some ways, either regarding the quality of the sound, of your writing, your inspiration, etc. 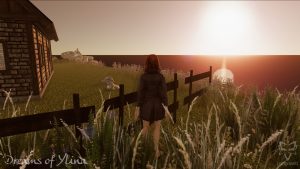 I mean, of course you can be in these situation, in the sense that you’re no less an artist than if you were paid for your art. And this wouldn’t even be a problem if the money people make as artists, that is, what allows them to live and write music, was shared depending on the quality of your music (whatever style your music is), or even better, on your potential, but certainly not depending on any marketing skills from you manager or your music label, or depending on the fact that you’re a 20yo woman who was told how to take off your clothes to sell your music.

I got a little off-topic there, but here’s the thing: you want to make your code free, that’s great, and that’s up to you. No one should make this decision instead of you (except the law, if you’re doing something illegal), but no one should ever said about someone else: « this guy shouldn’t expect money for his work. » Unless we’re in the Smurfs village of course.

In the end, open-source is great, freewares are great, but if you have money, there are often better tools. And as I write this, I realize this article’s conclusion is quite obvious so this article is useless.